PHOTOS OF THE COLLECTION 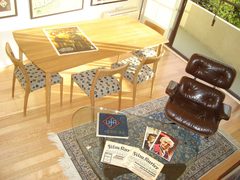 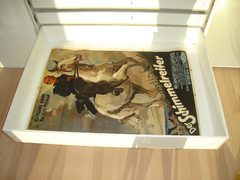 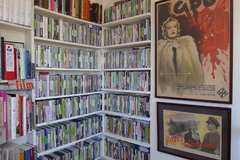 The William Gillespie Collection in Sydney 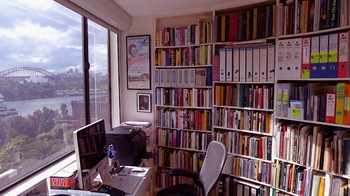 The hundreds of original posters, film books, film Zeitschriften and press materials shown and listed on this website are held in a private collection in Sydney, Australia. Occasionally posters and documents from the collection are loaned to museums for use in an exhibition.

The original German film studio publications, annual new release poster books, pressbooks and ephemera are very rare, and have taken more than twenty-five years in acquisition. New items are added as they come onto the marketplace through auction houses, on-line listings and through offers from private collectors.

Modern day offset printed film posters are readily available for film fans and collectors which are sold by the film studios as marketing and merchandising advertising. Any film poster seen at your local cinema is probably available to purchase at a retailer or on–line. Owning modern film posters is nothing special, being commonplace. Many slick colour posters sell for $10 or so brand new.

In the Germany when film studios printed posters via the expensive and very labour-consuming stone lithographic process, film posters were never for sale. Each sheet had to be run through the pressing press seven times and layer upon layer of ink applied with perfect registration. This made for outstandingly beautiful posters. The ink spread on such posters was such that it has passed the test of time... the colours are as bright and amazing as when the poster sheet came off the final press-run through seventy or eighty years ago. This litho process wore the stone plates down with so many run-throughs, so the posters, such as we have in our collection, were limited to perhaps 800 to a few thousand pieces, all up. The film studios recycled the posters by hiring them to first-run cinemas, then getting them back, and re-using them by sending them to second-run cinemas, and then to the regional cinemas thereafter.  You can see below a rubber-stamp warning on the back of one of our posters, from the Emelka Film AG studio in Leipzig from 1927, stating that the poster is  NOT FOR SALE - PROPERTY OF BAVARIAN FILM STUDIO -and- "We ask for a careful and immediate handling and return of the advertising material after use."

Cinemas which failed to return posters were heavily fined by the film studio, and could fall into disfavour. As the main film studios were located in Berlin and Munich and therefore the film poster inventory held in those two cities, when the bombs fell many posters were burned in air raids. It has also been said that the studios could not store hundreds of original film posters of hundreds of films produced over the years, and actually destroyed most old inventory once a film was known not to warrant a re–release season. We have a few re-release posters which were new graphic designs altogether because the original posters were no longer available from the past premiere run. In short, Weimar era and Third Reich posters were never circulating in public as the private property of collectors or citizens, and their limited print–run, limited accessibility, and likely burning via studio disposal or wartime destruction, means that the collection of nearly 500 original pre-1945 German film posters here is one of the rarest one of such posters known.

POSTER DESIGN VARIATIONS IN THE COLLECTION

The German film studios, until mid-1944,  when the war brought severe paper shortages, usually had two or occasionally even three separate graphic artists design different poster images (or 'Muster') for the same feature film. For example, the Liebeneiner biopic on BISMARCK had two designs: the Peter Pewas one shown on this website, and a second design by Dessel (not in the Collection).

Given the scarcity of original posters extant from this era, the Gillespie Collection has had luck over the years in acquiring more than one poster design for a number of films represented here. There are no less than eleven original MÜNCHHAUSEN posters from all over 1943 Europe. There are six OHM KRÜGER posters - the two German studio 'Muster' posters, plus two from Italy and two from France. There are seven TITANIC (Selpin) posters - the two 'Muster' from Germany, two from Italy, and one each from France, Czechoslovakia  and Belgium. There are also five different  ROBERT KOCH posters from Germany, France, Czechoslovakia and Belgium. There are quite a few other films which have at least two posters within the Collection.

In addition, there are two German 'Muster' for DER KAISER VON KALIFORNIEN, two German posters for WIEN 1910, the two for GEHEIMZEICHEN L-B-17, two for WIR MACHEN MUSIK, the two Czech original posters for Riefenstahl's OLYMPIA, both a German and French Steinhoff REMBRANDT, in addition to two German STUKAS, as well as the red one from Sweden. Finally, there are six designs for Zarah Leander's box office hit DIE GROßE LIEBE,  the two from Germany, one from Italy, one from Sweden, one from France, and one from Spain. There are three designs for the military film, DIII88, the original one from Germany,  one from Belgium (Flanders) and the associated one from fascist Italy.

Reproduction permission from the Murnau Stiftung, Transit Film and the Bundesarchiv-Filmarchiv for publication of some of these posters was granted in 2007, and the book FILM POSTERS OF THE THIRD REICH (click to purchase online in pop-up window), by co-authors William Gillespie and Joel Nelson, was published in July 2007 by GN Publications. This limited-edition book is the first-ever to focus on the propaganda film posters of this era.