Uƒa Feldpost Publication for employees at the Front

From late 1939 until the final issue printed by mimeograph machine in December 1944, the Uƒa film studio engaged with all its employees serving on all active war fronts by means of the eight to twelve page newsletter, the Uƒa Feldpost. 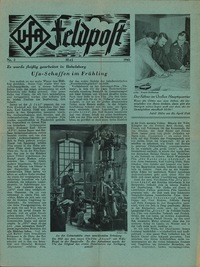 The newsletter, nicknamed 'the green comradeship newspaper' contained a news section, which dealt with new film productions being shot and those films being edited or ready for release; studio news, Uƒa directors and technical staff. The next section dealt with one or two lead articles on particular productions or topics, and/or messages from the Uƒa General Manager to all employees. The next page or in many case two pages, listed all men fallen, wounded, MIA in war campaigns; those employees awarded military medals and promotions, and those who had married, had a birth in the family, or died of other causes. Other causes were illness/natural death, but also those "victims of  Allied Terror Bombing." 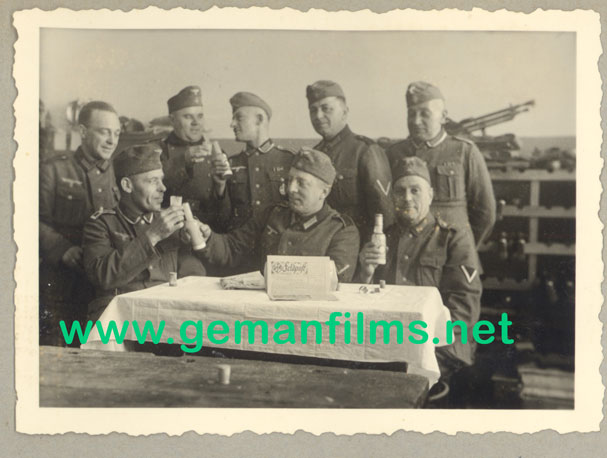 ABOVE: The Ufa Feldpost at the war front,  in a soldier's private photo album taken in 1942 in the USSR.  Other photos in the album have behind-the-scenes shots of the Karl Ritter film Besatzung Dora. The album is in our Collection. 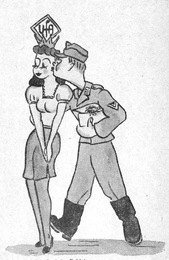 The remaining page or pages provided lighter fare, such as the result of the various Uƒa sports teams, employee outings, volunteer work, and celebration of employees who had reached milestones with the studio, such as 10 or 25 years of service. Also cartoons and crossword puzzles. 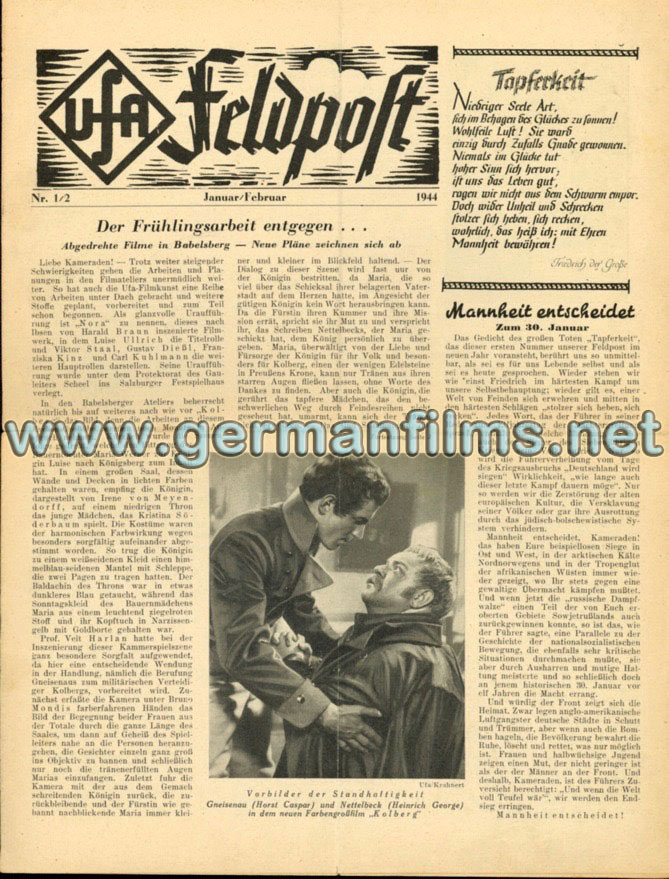 It goes without saying that these newsletters were sent only to active military personnel serving on active war fronts or in transit or stationed at German military posts; so the vast majority of the newsletters printed did not survive the war.

NOTE: The Bundesarchiv–Filmarchiv did not have any issues from 1944, only from 1939–1943. We have  therefore scanned and provided gratis to the German federal archives a CD-rom of all ten of the 1944 issues heretofore missing from their archive. 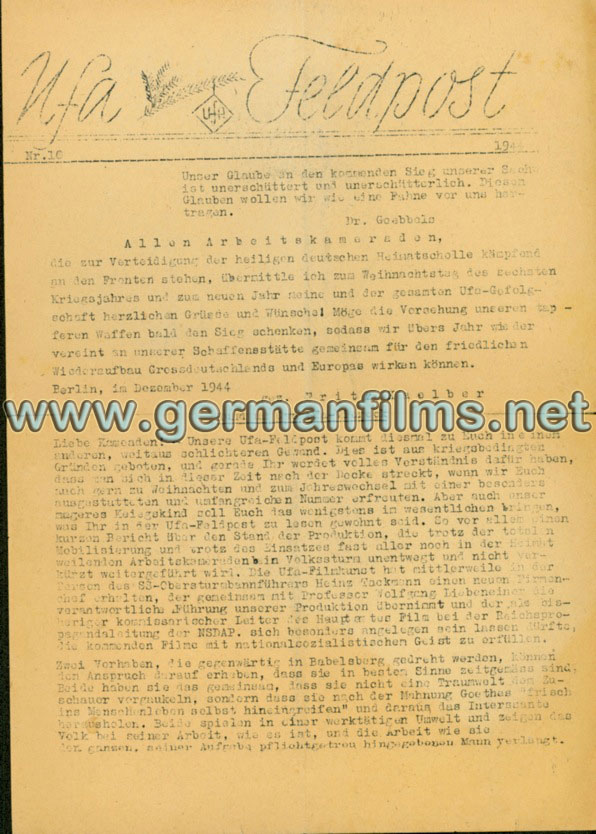 BAVARIA FILMKUNST also had a Feldpost publication for their own employees serving in the Armed Forces. We have a bound volume of the first 25 issues of it, dating 7 Sept. 1939 to November 1941 inclusive.  We do also have two pieces of correspondence sent on Bavaria Filmkunst Feldpost stationary and one of the envelopes issued with the stationary. Rather than being correspondence between the film studio and a serving soldier, the letters are in this case from a soldier at the Front addressed to his family back in Munich in early 1944. The stationary and envelope  ("to our comrades in the field") were provided by the film studio's "Soldatenbetreuung" office, or "Soldiers' Care" -or- "Soldiers' Assistance" program. Note the quote from Adolf Hitler printed at the bottom of the stationary, stating that "victory in the war will be not, in the end, through luck,  but by right." 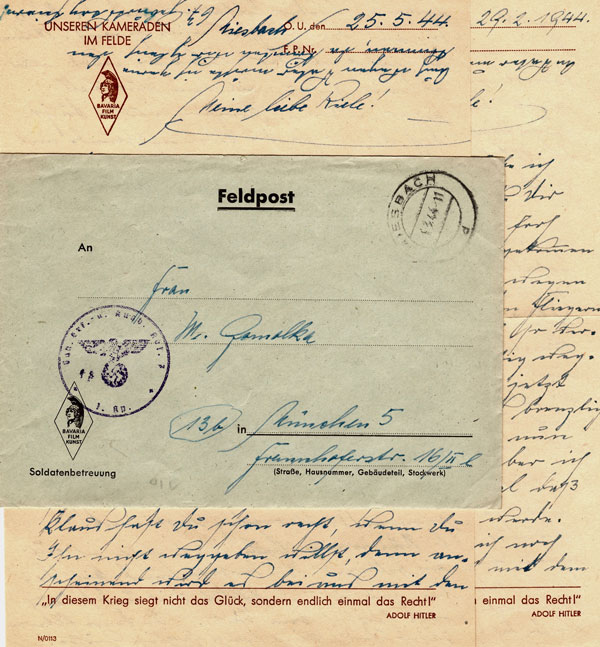